Why data analytics is the next big thing in CEP

Taking advantage of data will play a big part in deciding who’s got the competitive edge in tomorrow’s market. CEP companies find themselves in a race not only to learn this new discipline but to master it. In this article, we outline the biggest reasons why the prospect of data analytics is so enticing.

15 years ago, it was so costly to store data that after a while, most companies simply deleted their files. Today, with computer technology and server storage being more accessible and much less expensive, many companies can afford to maintain data with the hope that it will help them understand their operation even better, thus paving the way for improved business results.

Of course, the CEP industry is no exception.

CEP Companies know that to keep their competitive edge, there really is no way around data analytics.

In an industry where the concept of optimisation used to always equal more steel, the development might require some getting used to. Improvements to the system are no longer solely dependant on physical change. Optimisation might as well arrive in the form of new software or computer technology.

Data analytics entails a new way of thinking, but with constant steps in the right direction, the industry will get there. And when you consider the potential of data analytics, it is really no wonder that companies are motivated to get it.

Let’s take a look at some of the biggest benefits that companies can achieve by utilising data analytics.

The fundamental idea behind data analytics is that it empowers companies to make informed decisions, to a much greater extent than today. With increased knowledge comes the power to realistically build the perfect system, or at least something close to it.

As CEPs collect more data, they develop a greater understanding of sortation solutions, which provides opportunities to improve systems in a number of different ways. For example:

1. The ability to perform predictive or condition-based maintenance or replace parts, only when necessary, instead of doing it in pre-planned cycles.

2. Prolong system lifetimes or make better use of the capacity because the data shows there is room for optimising parts of the system.

3. Optimise performance - and the work environment for the staff working at the chutes - by analysing the optimum position for the parcel cages, to make sure the operator takes as few steps as possible.

And in the future, the list of data-driven analytics will keep expanding. Already today, sensors in systems are becoming part of the data flow and can be used to measure and gather enormous amounts of data. In the long run, more services will be created on the basis of what CEP companies can and will do with data. Like the video coding system (VCS) which is based on machine learning - or cloud-based OCR, which has proven both faster and more automated than the coding rooms we know of today.

From predictive to prescriptive

As companies become familiar with how to incorporate data analytics, they will only become more advanced in their methods.

Predictive maintenance will be further improved, and data will be able to tell what is wrong, instead of just that something is wrong. In other words, predictive will change to prescriptive.

Today, data analytics is based mostly on existing, live, operational data but, in the future, companies will be able to include data from sensors as well – or install more sensors or other sources that can provide further data.

As a result, operations will become more intelligent and automated because system resources can be allocated and controlled to better optimise operations. 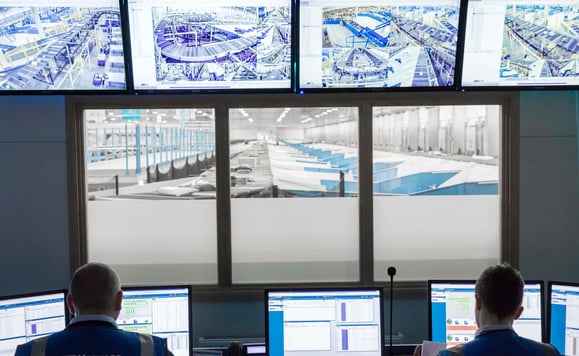 Get the full overview: Read the Parcel distributors' guide to digitalisation.

How parcel data analytics will change the work of distribution professionals