With the increased flow of low-value items shipped as parcels by large e-commerce sites, distribution centres are receiving more and more odd-shaped or poorly wrapped items that are difficult to handle and sort automatically. These incompatible and often non-machinable items impact upon a distribution centre’s efficiency and prolong the payback of its investment. Fortunately, new systems designs now enable CEP operators to handle a much larger part of what used to be non-conveyable items.

Unfortunately, conventional sortation systems have only limited ability to handle odd shaped or irregular items. These parcel types, often referred to as rest mail, can come in the form of:

These items are all tricky for the standard sortation system to process, as they can move uncontrollably at any given time and potentially create jams and blockages on the sortation system.

So, no matter how carefully a conventional system is designed, it won’t be able to adapt to the introduction of these new shapes into the parcel mix, while operating at high-speed processing capacity. To do so, the speed would have to be reduced and capacity would drop significantly.

What’s more, a regular tilt-tray or cross-belt based solution won't necessarily be able to hold these irregular items. If they don't roll off during induction, they are likely to fall off due to the speed – or when traveling through the curves. Every time a parcel falls off a system that’s in operation, there is a risk of damaging the system and even if damage doesn’t occur, the operator still needs to turn off the system to fetch the parcel. This means system downtime, detrimental for any system sorting 30-40,000 parcels per hour, where every minute matters.

How to sort incompatible items with new system design

BEUMER Group has developed a system design that addresses these limitations and solves the problem of how to sort these troublesome incompatible items.

Let’s take a closer look at the solution.

In the new system, parcels are fed in bulk from the tipper to the hopper and then transported to operators who singulate and face them. Each item is placed on an induction belt, which inducts it onto a free tray. The number of induction areas can be determined and designed according to parcel hub requirements.

The new design incorporates a number of new features to the induction process, improving the ability of the system to handle non-conveyable items: 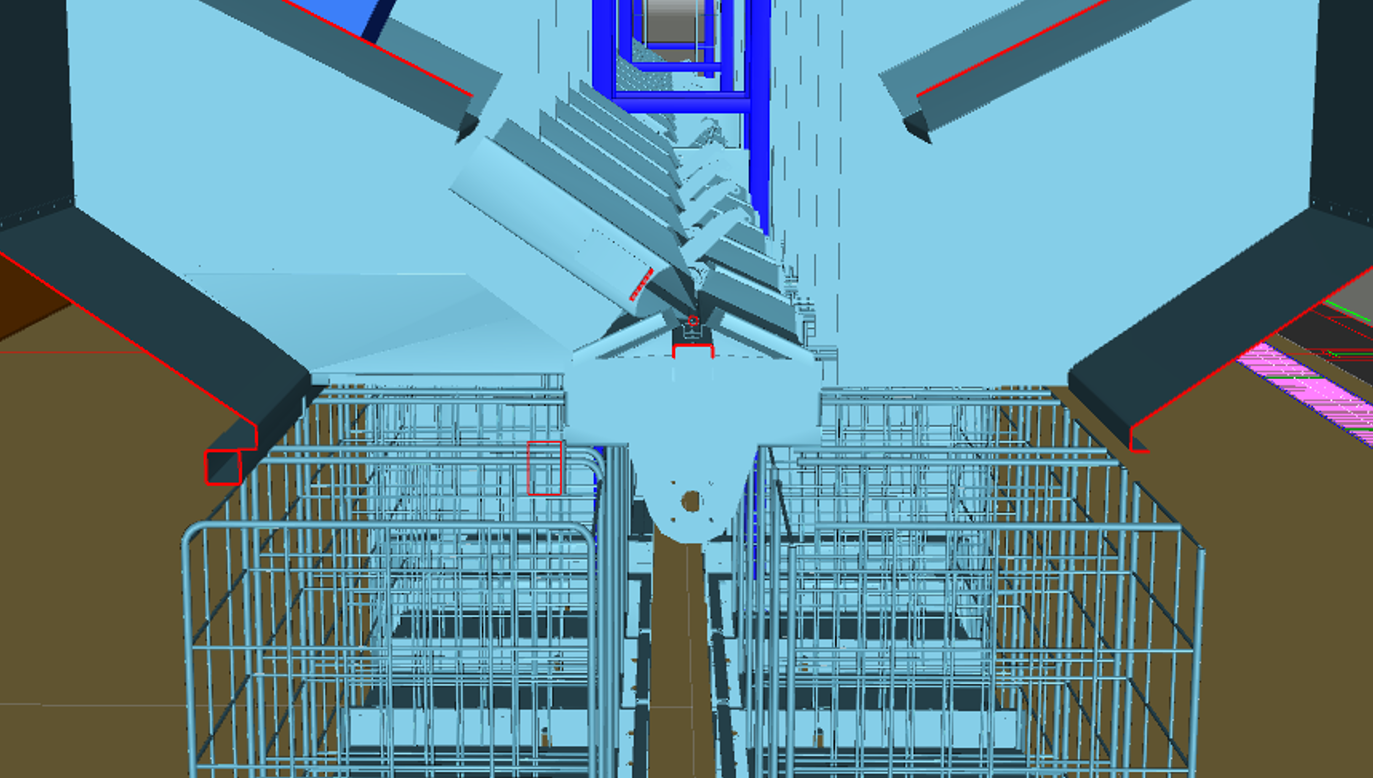 The new system design also offers different solutions for discharging items into bags and roll cages. The design allows each chute to cater for multiple destinations, further optimising the use of footprint. With OPEX considerations in mind, the chutes have been carefully designed to gently slide the items to avoid damage during processing. The simplicity of the system and its new mechanical design ensure fragile items are not broken or spoiled while being discharged.

The benefits of the new design

There are a number of advantages of the new system design.

First up, the design provides increased capacity - especially in light of previously having to deal with these types of parcels manually. Even with one induction line, for instance, operators can achieve a high number of handled parcels per hour. It’s also possible to configure the design so that two inductions can sit side by side for just one handler. In this way, the system really utilises the capacity of a skilled operator. Whatever the challenge, the new system design can cover a rather broad spectrum of parcel sizes and profiles to fit the exact needs of the CEP operator.

Secondly, the variety of items the system is able to process has been extended considerably compared with other high-speed handling solutions. This is due to not having the traditional belt-to-belt transfer which is often associated with jams when handling odd sized and oddly wrapped parcels. With no gap and the pushing flap, the solution handles challenging items such as polybags – also those with bendable corners and unstable content.

Thirdly, the system is designed to use very little of the valuable floor space, saving on the physical footprint of the overall system. The layout of the new system is particularly condensed, meaning no floor space is wasted and any extra space needed is purely for maintenance. The design has been developed to combine smaller induction stations and higher utilisation per tray with multiple destinations per chute layout that makes the system so compact that it is often possible to install in a site already crammed with equipment.

Fourthly, the new system design also integrates well with both manual induction and automated singulation and induction and can even include an automatic weighing system in the induction.

Finally, the system doesn’t necessarily require 6-sided scanning systems - at least not with manual induction where the human factor intuitively will face the label upwards.

BEUMER Group has come up with a great new design that addresses the vexing problem of how to sort irregular or odd-shaped parcels. Not only does the market now have a possibility to cope with the misshapes and misfits, but it is also an automatic solution giving CEP operators higher capacity levels on parcel profiles on the rise.