Has the time for robotics finally arrived?

CEP companies are (finally) getting serious about robotics. While in the early stages, more companies are gearing up rapidly to embrace more robotics – and adding the budgets to make it happen.

The pandemic accelerated the need to stop talking about and start employing robot technology and the promise it offers for making distribution centres safer, more efficient and with increased capacity to handle parcels.

For those Courier, Express and Parcels (CEP) operators seeking to establish an edge over competitors, robotics are adding a powerful functionality to the handling processes on the way forward. In fact, this technology is already reshaping and refining automation, in the process boosting efficiency and generating ever lower operating costs.

The May 2022 cover story in Modern Materials Handling (MMH) looked at the state of robotics.

Robotics on the rise

Some 36 percent of respondents to a survey conducted by Modern Materials Handling said they were going forward with investments, up from 28 percent last year, while the average anticipated spending on automation and robotics for 2022 came in at $459,316.

A majority of those already using robots plan to increase the size of their fleets and bring in different types that can be applied to other processes. 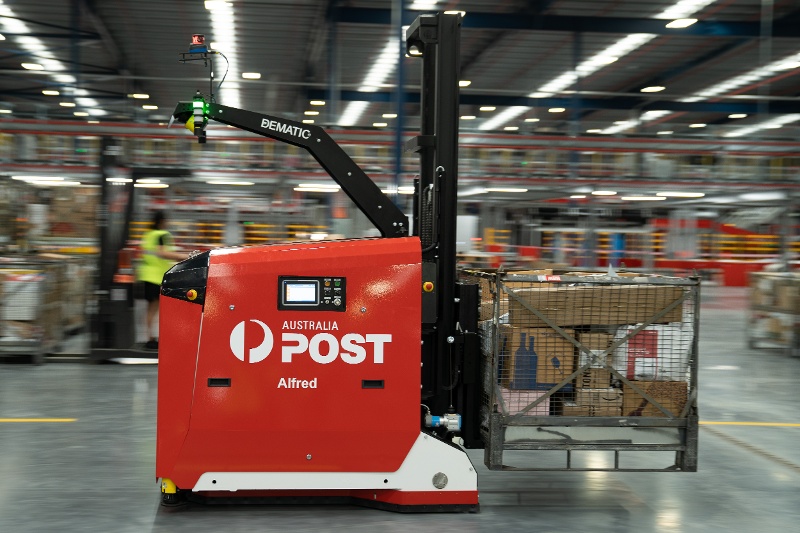 Robots were on full display at the 2022 Modex gathering in Atlanta.

“You couldn’t walk down an aisle at Modex this year without tripping over a robot,” said MMH executive editor Bob Trebilcock. “There were dozens of robotics solution providers from around the globe. In some respects, it was a robotics show.”

When asked by Modern Materials Handling to identify the top factors motivating their pursuit of robotics, respondents identified, among other things, the need to increase flow/throughput, help address labour issues, improve productivity and reduce costs.

When asked how they were planning to use robots, respondents zeroed in on areas like receiving and unloading, sorting, unit load/heavy payload transport, order consolidation, packing and case/tote transport.

Autonomous mobile robots (AMR) are on the top of the wish list for companies to handle a myriad of processes like pallet movement, robot-to-goods picking or delivery to putwalls, sortation and case/tote handling.Users who have already implemented robotics said that the addition of AMR represented a continuum of stages in their development. 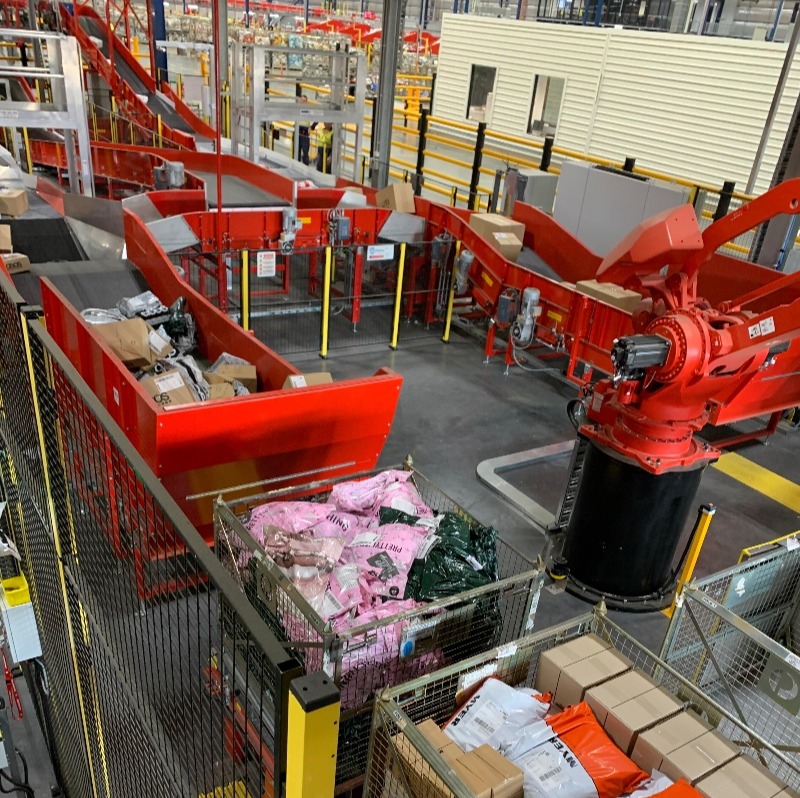 For instance, 28 percent reported that they have fully deployed robotics across one or more locations, and 17 percent have more than three different deployments underway.

Others said they have fully deployed one type of robot and are in the process of deploying one other type of robot.

Asked if they would expand the size of their existing robotic automation systems over the next two years, nearly 40 percent said that they would make small increases to the sizes of their fleets and significant increases in the size of the fleet across multiple facilities.

The ongoing labour shortage is one major impetus for distribution centres to be taking a hard look at robotics.

In a recent survey by enterprise automation software company UiPath, two-thirds of executives said their companies were affected by a labour shortage, and nearly 80% said they will invest in automation to help offset the lack of workers.

“When companies can’t find people, what are they going to do to maintain productivity and product quality?” asked Jeff Burnstein, president of the Association for Advancing Automation (A3), in his response to the UiPath survey.

According to A3, nearly 40,000 robots were sold in North America in 2021 at a value of $2 billion, a record high. This creates opportunities for people to gain new skills and supervise the operation of the newly added robots.

The 2020 World Economic Forum Future of Jobs report said redundant roles will decline, yet emerging professions will grow due to automation.

While some people continue to do manual labour, others are trained on the automated systems.

The inbound process is becoming robotic

BEUMER Group has focussed its robotics development on transforming those parcel processes used for bulk unloading, singulation and induction as a starting point.

They are conducting an ongoing test with a very large and established parcel hub in Europe. A robotics setup has been installed as a singulator process, separating more than half a million small parcels coming in as bulk flow – the amount of parcels that one shift would normally be require to separate manually – before the parcels reach the automated induction to a high speed loop sorting system. 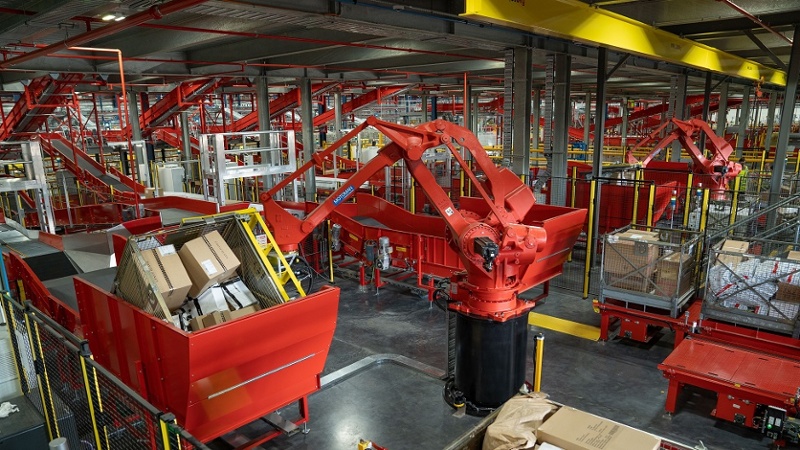 The robotic solution effectively takes more functions to an automation level that previously could only be completed manually, this is thanks to the robots’ increasing ability to match human operatives in handling even odd parcels: those featuring difficult wrapping, odd shapes, or even polybags.

Using a stepless tilt and rotational arm movement means that robots can deploy almost human-like movement and strength to handle parcel profiles as seen in today's parcel mix in live operations. Using sensors, the robots form their own impression of the shape, measurement and position of each parcel as they pass by on the conveyor as part of a bulk flow.

However, the brain driving robotic solutions should not “just” be seen as big data; to reach this level of intelligence and handling capability, BEUMER Group has taught its robots to "think" using a very wide range of parcel profiles and other parcel-resembling items as examples, ultimately reaching a point where the robots can identify machinable parcels and continue to actively capture this data contributing to an ever-lasting learning curve.

The true extent to which robotic technology will transform internal handling processes in parcel distribution has not yet been fully explored to date, but BEUMER Group believes that robots hold an important key for those wishing to find further efficiencies and additional capacity in the bulk unloading of trucks or roller cages.

Collaborative robots that work alongside people create new and better paying opportunities for workers, while companies remain productive and can focus on better customer service.

By 2025, 85 million jobs may be displaced by a shift in the division of labour between humans and machines, but 97 million new jobs may result as more people adapt to that division between people, machines, and algorithms.

“There’s this mystery around the robot that’s coming for your job,” Burnstein said. “But really, it’s a tool to make us more productive in many of these situations that will enable more jobs.”

First-time automation: How CEP startups and small facilities can use automation to power logistics agility