A number of available technologies can help the data enrichment process of distribution centres and reduce the number of no-reads passing to maintain high-speed automated sortation capacity.

Video coding is the most widely used technology today for dealing with no-read parcels. The use of VCS in particular supports the scheduled work load by enabling the hub to maintain high-speed sortation when an increasing number of no-read address labels occur in the production. The technology captures images of parcels - usually from different angles - which are presented to an operator on a computer screen. VCS also offers additional data enrichment possibilities by enabling the distribution centre to continue to add data to the shipment to be able to get the parcel delivered to the right address or by entering data that is not necessarily relevant for getting the parcel delivered, but is just as important to ensure the shipper data, special delivery data etc, are in place for proper invoicing.

Optical Character Recognition (OCR) technology is similar to VCS in that images are also captured of parcels. But it is the system that analyses the contents of the parcel label rather than the operator through letter and word recognition. OCR is simply a technology used for letter and word recognition and does not look up code unless used with address databases to find delivery points.

BEUMER Group is one of a few number of suppliers that are able to apply machine learning to OCR which is when OCR learns from experience and gets better at recognising the letters and words.

The pros and cons of VCS and OCR

The use of Optical Character Recognition or a Video Coding Systems is often applied to automated sortation systems, especially because the technology can significantly reduce the number of parcels which have to be diverted, manually handled, and re-inducted due to no-reads. The often high cost of training coding staff is partly dealt with as the training is system-based instead of using instructors. However, insufficient levels of untrained staff can become an Achilles’ heel when the peaks are occurring.

Encoding via a VCS means that significantly fewer parcels are diverted to a fixed manual encoding station. This saves valuable time by ensuring that the parcel flow is not interrupted, as well as freeing operations staff from manning a fixed manual position. Ultimately, the overall system performance becomes better as the same parcels will not be inducted to the system twice.

There are benefits to using both VCS and OCR technology.

Video coding technology, for example, eliminates the physical handling of unsolvable parcels, with the analysis being carried out remotely. The VCS operator can do this in an office space rather than on the floor of the distribution centre, or even through a mobile app. What’s more, the training of staff is system-based, removing both the need for an instructor and the need to train coding staff at the distribution centre facility.

The OCR technology, meanwhile, is intelligent, reduces demands on labour, and can be highly effective the more the data discipline improves.

Read "The parcel distributor's guide to data analytics and digitalisation".

The two technologies can even work in tandem to greatly help the data enrichment practices of distribution centres. A costly solution? Well, that’s where cloud-based solutions come into it. VCS and ORC technologies have, until recent years, been server-based. However, the two technologies are now also available as software as a service (SaaS) for sorting facilities. The software for the VCS and OCR services are made available to users through the internet from third party servers, typically on a subscription basis.

The intelligent software inside an automated sortation system allows it to sort parcels using light coded destinations to avoid the delay of waiting for the coding room to key in the exact address. The process means that staff in the coding room only have to key in the postal code for a no-read parcel. With the postal code alone, the system has sufficient information to sort the parcel to the next stop terminal.

The practice of en route coding is a relatively new way distribution centres can meet their data enrichment needs. When the daily peak has passed, the staff can resume to off-line code the same items while these are now en route to the next destinations. The off-line coding data, which now contain even more information, such as the exact destination, are then uploaded to the sortation controls system and matched to the individual shipment once it reaches a scanner in the next automated sortation terminal.

The immediate result is that peaks are shaved at the sortation system and in the coding room while ensuring that every shipment will be processed at the high speed required to meet increasingly tight delivery schedules. 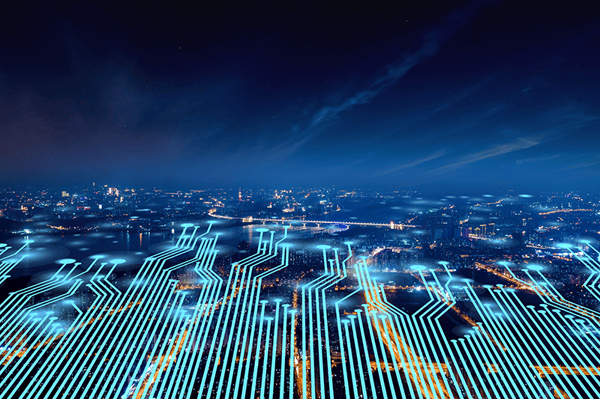 An added benefit, to further lighten the operational burden, is that distribution centres can locate their coding expert centre in a different time zone, so that while they are processing their night time productions, their coding work is being simultaneously carried out by a day shift team elsewhere in the world. In this way, distribution centres don’t have to rely on their local staff coding during a night shift as this can be done comfortably somewhere else in the world.

En route coding works particularly well when there are several depots, as described above, but it works just as well for deliveries involving single hubs too. It means the hub can split the pressure on the video coding so that while an item is on the sortation equipment, only the information needed to get the item off the system and heading in the right direction is encoded. Once the item is off the system, then additional data can be entered into the system.

The same can be applied to international sortation. Many international items are now carrying standardised labels which include details of what’s in the parcel and its value. While this information must be entered in the data system at some point, it’s not needed to deliver the item. En route coding practices mean this information can be provided well after the item has left the sorting facility, even at the stage the item is with the receiver.

The importance of data discipline

Ultimately, the best data enrichment practice CEP operators can adopt is getting to the root cause of their data challenges and investing in data discipline. This means CEP operators need to be looking closely at their data flows and getting to know the typical characteristics of the data their facility is dealing with. With this knowledge, data can become a real asset to the hub, rather than a problem that must be solved. Data discipline is where the greatest value for money will be gained.

The smart application of VCS and ORC technologies and implementing en route coding are the best data enrichment efforts to help parcel operators handle increasing demands. While cloud-based variations of these solutions might not be the answer for all CEP operators and do involve appreciable investigation as to how exactly they will meet a CEP’s particular operational needs, they can provide a cost effective alternative solution in data enrichment efforts. As with all data analytics, understanding one's data flows and investing in data discipline will take these efforts to another level.

How parcel data analytics will change the work of distribution professionals

How to optimise throughput with parcel analytics