Three reasons why distribution centre automation is the way to go

CEP companies that manage to embrace automation can look forward to more efficient and productive distribution centres. This is an absolutely vital development in an industry that needs to handle a larger total sum of parcels, but also a larger variety of sizes and shapes. In this article, you can learn about the most important benefits of distribution centre automation.

For companies in the Courier, Express, Parcel (CEP) industry, there's a whole host of substantial benefits that can be gained by automating distribution centres.

Your distribution centres can become future-proofed and geared to operate much more efficiently after you start working strategically with automation.

What are the benefits of distribution centre automation?

To begin with, automation helps companies create a working environment that is much less physically demanding for staffers and more comfortable to navigate. Then there is the climate factor.

But there is more. Actually, much more.

On our blog, you can read the stories of four different major logistics companies that decided to advance their business with automation. All of them had reached the conclusion that there was no better way to achieve their business objectives and also face the specific and unique challenges that all companies face. 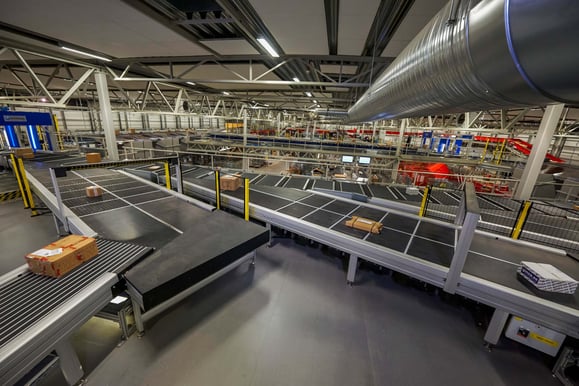 As different as these four companies may be, their various stories remind us that distribution centre automation is a solution that applies to almost every actor in the CEP industry. Regardless of how many thousands of parcels they process.

The vast applicability of automation

Because the key objectives that companies achieve with automation are basically universal. They apply to almost every company in the CEP industry.

The three most important objectives that automation helps companies achieve

One company that you can read about in detail here, went from manual handling with a powered conveyor and sorting done by hand, to a 20,000 parcels per hour automated sortation capacity.

All of it was achieved by adopting a custom-designed, fully-automated sortation system for parcel handling.

2. Efficiency and flexibility during peak seasons

You can also read about a site that used automation to increase its peak capacity to 50,000 parcels per day. This was achieved despite having a relatively limited footprint.

The distribution centre gained the ability to automatically process parcels of completely different shapes and sizes.

This improvement made it possible for the distribution centre to handle its day-to-day operations much more efficiently during peak periods, such as Christmas and Black Friday. With this sortation solution, peaks no longer posed a threat or forced extended delivery times. 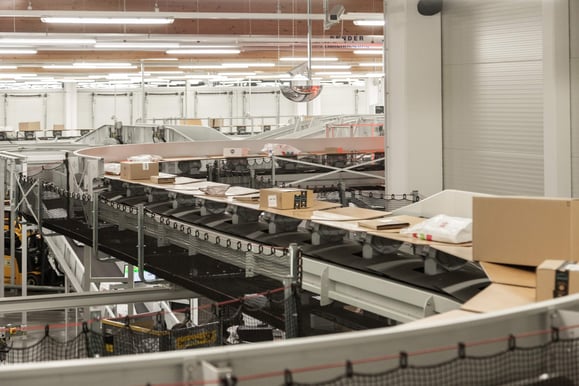 One company that we have examined achieved a 20 percent improvement in productivity and a 30 percent increase in outbound trailer fill. At the same time, it was able to reduce the number of manual handling accidents dramatically and achieve better engagement from its staff. All of this was accomplished despite the site having a relatively small footprint.

Are these achievements similar to some of the objectives of your company? Then take a deep dive into our four distribution centre automation case stories, and learn more about the differences automated sortation can make.

Are these achievements similar to some of the objectives of your company?

Then read our stories about major logistics companies that used automation to improve their business.