Automation has huge potential to completely transform a CEP business. In this guide, we’ll provide some understanding on the benefits of automation and the issues it can help resolve. You will learn why there is no better way to achieve the business objectives of parcel distributors than adopting automated sortation systems and the data analytics they bring with them.

The dramatic shift in consumer buying behaviour has led to significant changes in the Courier, Express and Parcel (CEP) industry. Distribution centres now need to handle increased volumes of parcels and greater variety of sizes and shapes while aiming to slash delivery times and bolster their customer service offerings.

The challenges to distributors in parcel sortation

The CEP industry has been subject to significant changes in the last decade. There has been the markedly increased parcel volumes, the surge in odd-shaped parcels, the daily occurrence of peak periods on top of the usual seasonal peaks, and the increased physical labour and its associated focus on ergonomic workplaces. What’s more, distribution centres are operating in an incredibly competitive environment. At the customer end, they must meet expectations for later cut-off times and next-day delivery. At the operations end, they must have the physical space available to operate their parcel sorting systems and operate sustainably, taking into account climate change considerations. They also need to manage over-capacity and downtime and solve the problems with the last mile. All while being more and more cost effective.

Fortunately, however, many of these challenges can be addressed through distribution centre automation. By automating their sortation processes, distribution centres can make their systems considerably more flexible and adaptable.

The difference parcel automation can make

Parcel automation involves the use of technology that can automate the sortation process from door to door in the distribution centre, such as inbound flow and automatic parcel singulation, automated induction and high-capacity solutions suitable for various types of parcel mix. These technologies are able to streamline and fasten the sortation process. Here are some great examples of how automation has really helped some distribution centres. 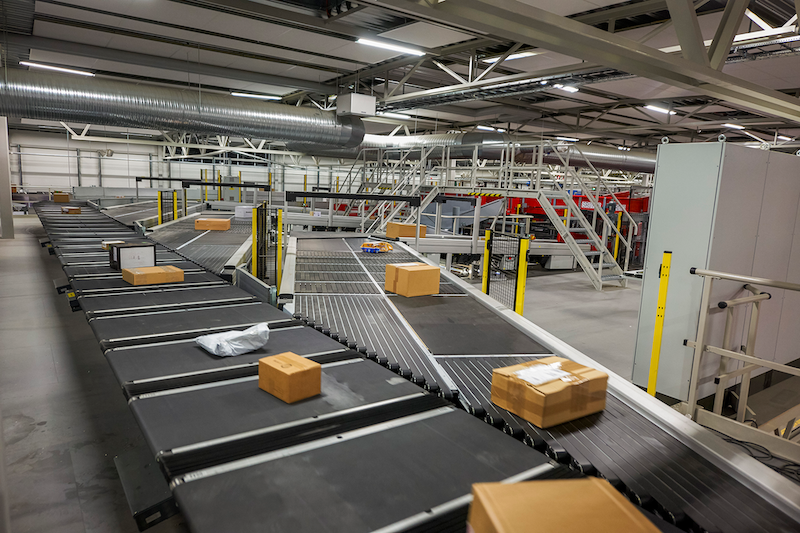 The Hermes Midlands Super Hub in England is a first-rate example of the potential automation can offer. The German consumer delivery specialist has seen a 45 percent increase in processing capacity through the implementation of its new automated system. Through scanning, volumetric and weighing technologies that can identify and accurately profile the parcels, the automated sorting process is completed in just two to three minutes. It’s a slick operation that can handle one million parcels a day at a rate of more than 60,000 items per hour.

PostNord, on the outskirts of Stockholm, reinvented its parcel handling process using automation. The automatic parcel singulation enables PostNord to handle all types of parcels, from loose loads to containerised and odd-sized items. It provides maximum flexibility and efficiency, while completely minimising manual intervention and cutting down on truck movements.

When combined with other solutions, automation can provide top-quality processing of incoming parcels. Take the case of UK Mail, for example, which adopted a new, streamlined shunting and unloading practice alongside its fully automated sortation system. With its integrated yard management and new sortation technology, it could achieve faster processing with fewer trucks and lower operational costs. 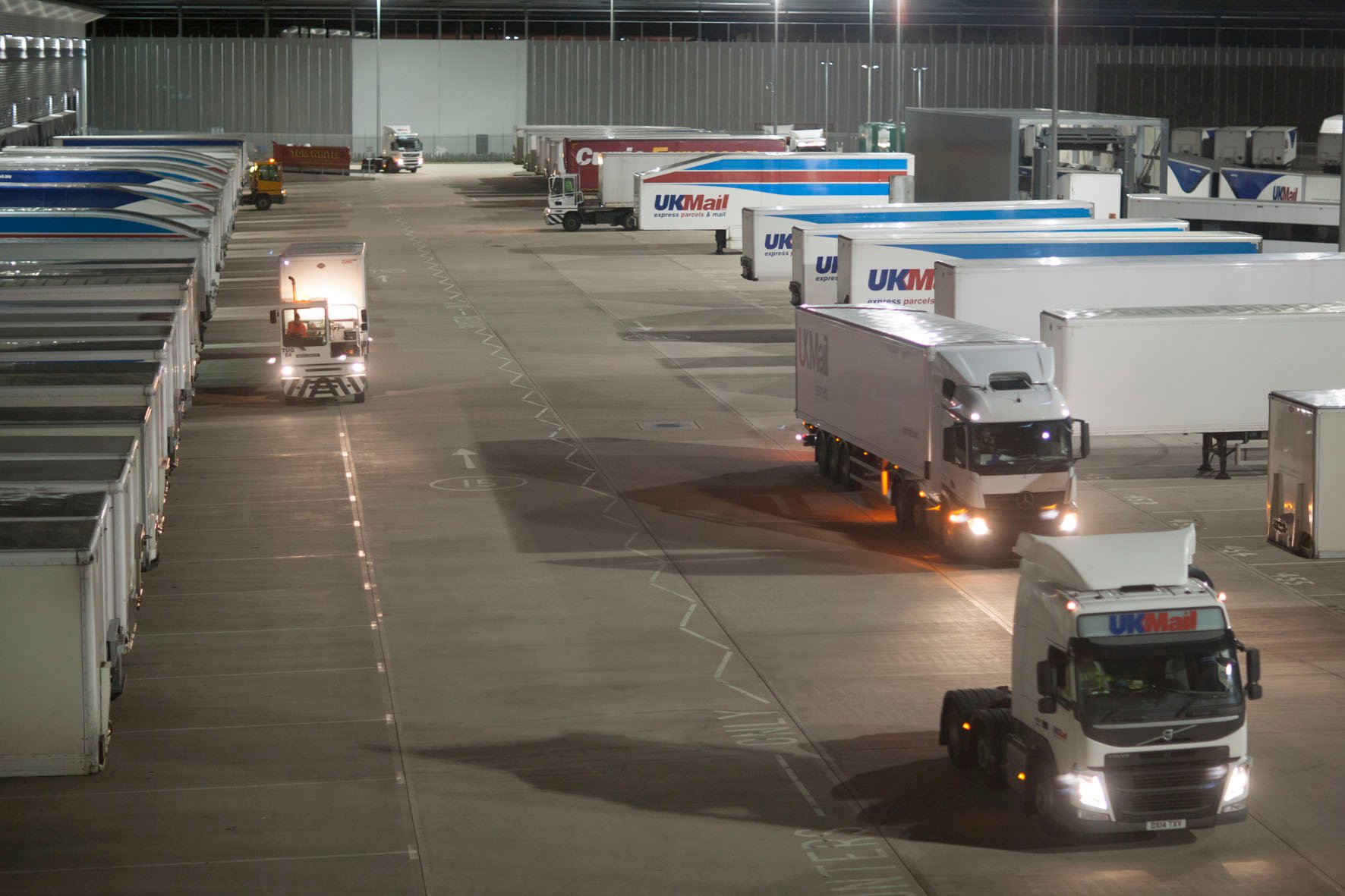 The benefits of automation

There are many benefits that come with automating distribution centres, chief among them being the higher capacity they enable. Automation reduces the handling time also, creating less physically demanding work environments. A further advantage is that automated sortation systems, when designed intelligently, don’t occupy an excessive footprint. And the added bonus is that automated systems, with their energy-efficient drives, are infinitely more environmentally acceptable.

Take a look at these facts and figures that illustrate these benefits perfectly:

Without a doubt, automation has been a hugely positive development for the CEP industry and continues to develop. But at the end of the day, humans or another machine are needed to process the parcels. So, what about the future? What’s in store for distribution centres when it comes to automation technologies?

The future of automation … bring on the robots

Logistics robots are, of course, the next big thing in the CEP industry and many await their implementation with much anticipation. Some, such as Posten Norge and Australia Post, have been implementing straightforward robot technology. However, although much of the technology has already been developed, the true integration of robotic technology in distribution centres is in its infant stage.

Why’s this? What’s holding up the robotic development? In short, what robotic technology is trying to achieve is incredibly difficult. Effectively, it’s attempting to digitise human intelligence and create a robot that can make autonomous decisions. No small task! On top of this, developing the technology to perform the robotic hand grip - essential in sortation processes - remains an unresolved problem. Robots are expected to be versatile and intelligent and the technology is just not there yet.

This is not to say that this next level technology doesn't have huge potential for CEP companies once these issues are resolved. It could be, for example, that robots will have a really important role in the efficient and swift handling of bulk parcel flows in ways never seen before. Watch this space. 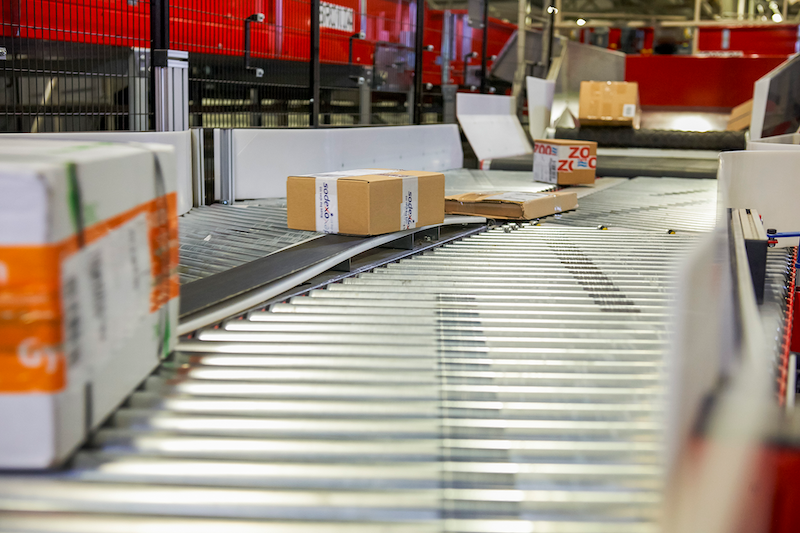 The automation of parcel sorting processes brings huge benefits to distribution centres. It is a must-have technology for any hub hoping to compete in today’s tight market, if designed with ingenuity and the right know-how. The technology is only going to get more advanced with endless potential as the industry searches for robot technological solutions.

To learn more about automation solutions in distribution centres, download our e-book “Automation Solutions for CEP Hubs and Distribution Centres”