The industry is buzzing with talk about the last mile. While CEPs have made huge strides, in terms of everything that takes place within distribution centres, the final part of the journey has become increasingly complicated. In this article, we explain why that is, before taking a look at potential solutions.

It used to be that a postman brought a parcel to the doorstep. This was, more or less, the entire post-distribution centre journey for each parcel.

Oh, how the times have changed. In many ways, for the better. The number of parcels that require delivery has exploded. A good thing for CEP companies. But with increasing business, has come new challenges. One of the main ones being the last mile.

Last-mile delivery is the final stage in the network of CEP companies. It is an entire ecosystem that brings a variety of goods to consumers’ doorsteps—or very close to it. In today’s market, the last mile constitutes a very large part of the cost and labor involved in parcel delivery. Therefore, the last mile presents a major opportunity for improvement in the industry.

15 years ago, people rarely had parcels delivered. That has changed dramatically.

Take the UK, for example. Each person receives approximately 25 parcels. Not in their lifetime but on a yearly basis. As a result, the distribution network in the CEP industry has needed to grow. It's difficult to reach people at their doorstep, so CEP operators had to think up a different solution. One that gave the customer a similar feeling of receiving parcels close to home, but wasn’t as demanding, in terms of delivery.

Parcel boxes or pickup stations were one of the first initiatives to spring up. A nice alternative to delivering every parcel to the doorstep but not a perfect solution. The number of pickup stations has increased so quickly that in some ways, they have brought along the same challenges as actual doorstep deliveries. For example, trucks still have to drive all over the city, which leads us to the climate dimension of the last mile.

With increases in parcels, more and more trucks are circling the cities, especially the big cities. This is a development that climate-conscious politicians aren’t overly pleased with. For example, some of Germany's biggest cities - including Hamburg, Stuttgart, and Aachen - have in the spring of 2019 implemented driving bans on certain diesel vehicles, including trucks. In general, the EU is supporting a number of projects that aim to make the logistics sector sustainable and efficient in its use of resources.

With a rising number of major European cities trying to minimise traffic, it seems likely that we’ll eventually see special companies consolidating deliveries from all CEP companies, to take care of the last mile in city centres. This is a desirable development - in terms of reducing traffic - but it’s not without a cost from the perspective of CEPs. With a structure like this in place, CEPs would struggle to maintain the close contact to the end customer which is one of the parameters where they can really make a competitive difference.

The climate aspect, however, is just one reason why CEP companies feel the pressure to come up with alternative solutions to the last mile. 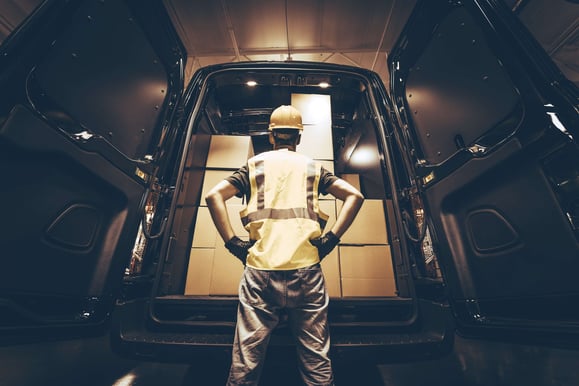 To fully understand the complexity of the last mile, there are a handful of factors that need to be considered. Let’s take a look at the five deemed most crucial:

The overriding premise of the market is that CEP companies are suffering from a huge cost pressure. They are constantly looking at cost but also quality and add-ons, to differentiate themselves—that one little edge that can make the difference between choosing one CEP company or another.

Customers anticipate fast delivery, which will always entail a risk of disappointment if the company can’t deliver. The end customer will be unhappy with the retailer, who in turn becomes unhappy with the CEP company, and switches their contract to another CEP company. If CEPs were able to free themselves from fast delivery, they could approach the last mile differently. However, with the current level of competition, that is really not an option.

Another difficulty is derived from people who aren’t home when the parcel is delivered. These parcels go on to pile up in depots and parcel shops that are already completely overwhelmed – especially around Christmas and other shopping holidays, such as Black Friday. Overwhelmed depots make it difficult to deliver the parcels for CEPs, and may also lead to a bad experience for the customer.

Inside the distribution centre, the challenge lies in coding the sortation system to sort the parcels in the right sequence and to that extent be able to support the last mile in a more efficient way. In the current setup the sortation system sorts the parcels according to the destination, leaving the driver to manually place the parcels according to today's route in the sequence he finds the most ideal inside the van. This leaves a manual and hugely time-consuming task on the driver. If the CEP operator, on top of that, has a service that offers rerouting of a parcel until a few hours before the actual delivery, the driver will be further challenged, as the demand for sequencing becomes even more dynamic. Still, the expectation is the same: The driver must provide the best delivery experience and make the end user’s experience as comfortable as possible – because – at the end of the day, the end user will be interested in the service that offers the flexibility to change the delivery.

If you ask e-tailors and end-users there is no doubt that later cut-off times and allowing rerouting parcels on the fly are valuable competitive factors. Inside the distribution centre, however, these services demand extra work from the operational process; a later cut-off window will reduce the number of hours available for handling the parcels inside the distribution centre – time that the driver desperately needs to make sure he can make his route by the calculated time. And the same driver also needs additional time to sequence once – and maybe even more times per day while en route.

What to do about the last mile

At this point, there isn’t a simple or formalised way to avoid all the difficulties of the last mile. Depending on factors - such as geography, parcel mix and customers - each situation is different. But there are some general strategies that CEP companies experiment with. 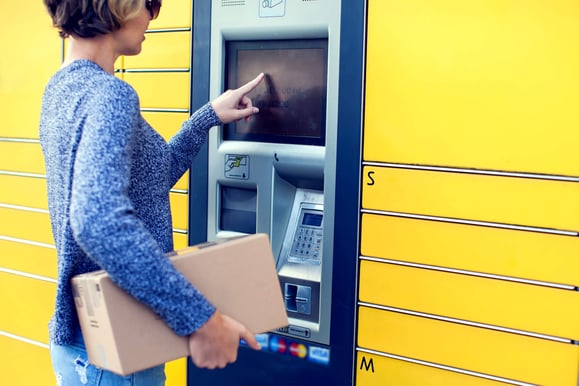 Ideally, CEPs would like to find a sequencing solution for the last mile and take the strain off the driver. Present ideas for solutions are still expensive and space consuming because they include an operational process, in which the CEP company has to buffer a batch of up to for example 200 parcels, involving more manual work and still dependent on the driver sequencing the parcels.

Another option is drones, but the level of security involved in drone delivery is still very high, and it is hard to see drones becoming much more than a niche solution for special deliveries or deliveries to uniquely difficult locations like islands or mountains.

Delivery robots (AGVs) are also a consideration and might eventually be used to support the driver on the route. But again, a comprehensive solution, based on delivery robots is many years down the road.

For the time being, that leaves parcel kiosks or pickup stations as the most realistic solution that actually seems to be working. It’s a solution that takes much of the personal touch out of the last mile. At some point, however, this personal touch is perhaps most suited as an added service the CEP companies can give to their customers— perhaps in the form of smaller, coded boxes at people's homes. Companies could also offer these boxes at the workplace to let staff have private parcels delivered to their work – an approach that would let the employer be considered as both green and forward thinking – and with a happy staff.

The last mile won’t be cracked all at once. For now, a realistic solution can surely be found in a combination of all or some of the above.