One of the benefits of the Individual Carrier System (ICS) as baggage handling technology is that in some areas of the baggage handling process, it can save space. And in other parts of the process, ICS offers increased functionality while occupying no more or the equivalent space of its conventional conveyor system counterpart.

Where in the baggage handling process does ICS optimise space and how can airports design their ICS systems to ensure they make as much savings in their baggage handling system (BHS) footprint as possible?

Many airports utilising conveyor systems have separate systems for inbound and outbound baggage. This is because these conventional delivery systems are one-directional and require the use of dedicated tugs and carts. In addition, conventional systems don’t provide 100 percent tracking which make them less attractive to handle inbound baggage by use of the sorting system.

By comparison, close-looped ICS can handle all aspects of the baggage process, including both inbound and outbound sortation.

But whether an airport can save space through the deployment of ICS technology, will depend on a number of factors and which part of the process we’re talking about.

The layout of the terminal will be a determining factor, for example. For brownfield upgrades, where buildings are already fixed, the space-saving potentials of ICS will be more difficult to achieve. Whereas greenfield sites will greatly benefit from the ICS option because systems can be designed from the outset to optimise space. 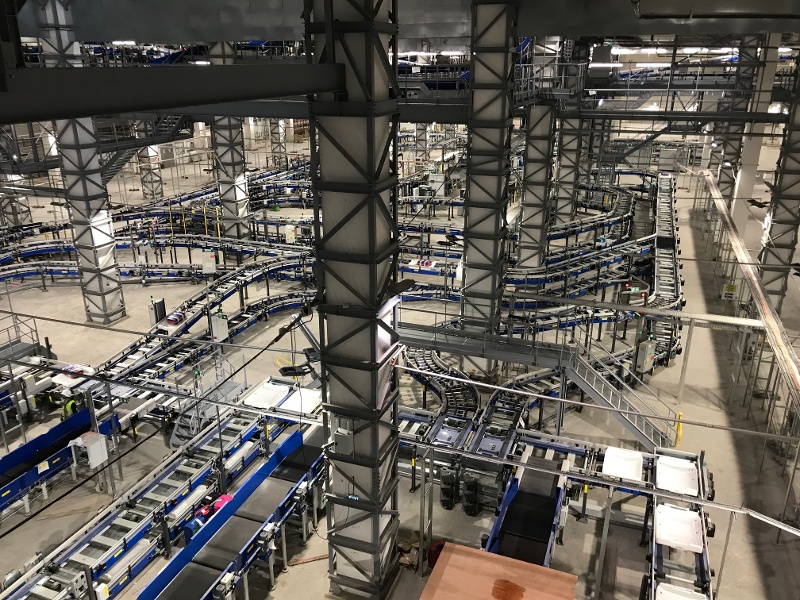 To properly assess where airports can optimise or save space by implementing the ICS solution, it’s useful to look at each section of the baggage handling process individually.

At first blush, it seems difficult for an existing airport to take advantage of ICS’ space-saving potential at the check-in area because it must discover a way to return the totes to the area.

But while ICS may not save an airport space at check-in, neither will ICS take up more space than a conventional system. It’s more a case of ICS optimising the space it does occupy with its better functionality – 100 percent tracking, no system jams, no no-reads and the system is able to continue operation – even with a lost connection to the high-level controls in designs where the bag is loaded into the tote directly at bag drop.

For instance, the combination of a good system design and Standard 3 screening will offer a fast and easy baggage flow management solution, and due to 100 percent tracking, fewer bags will be sent for manual inspection or re-screening. 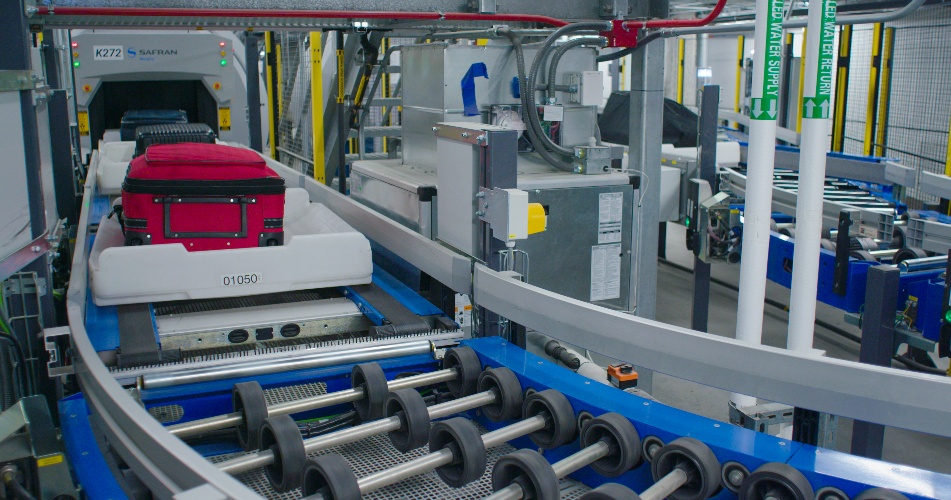 In addition, with operator stations such as the CBRA, staff no longer have to lift, carry or drag bags for inspection and, once cleared, lift them back to the 'clear bag' conveyor.

ICS has 100 percent tracking and a very high sortation accuracy, so mis-sorted bags are virtually non-existent. Given this tracking precision, TSA has approved the merging of ‘good’ and ‘suspicious’ bags on one line after Level 1 screening, which is not allowed in a conventional system.

Adding functionality is also easier with ICS, if modernising the screening system is required by regulatory changes. Such was the case for many European airports and is the case for a number of New Zealand and Australian airports that are currently rebuilding their systems from Level 5 to Level 3 screening in accordance with ECAC Standard 3 (which is very close to the TSA standard).

Releasing space in the baggage hall

One area that ICS will save an airport significant footprint, however, is in the storage of baggage – particularly if the storage is combined with transfer baggage.

In conventional conveyor-based systems with no EBS, airlines are limited to accepting bags earlier than the typical three hours before EDT. Early bags are stored either in their final container on the floor or in the makeup unit, taking up more space in the makeup area.

Using ICS technology, however, airports can create automated early baggage storage systems (EBS) from which bags, which remain in their individual trays or bins, can be retrieved automatically at any time. Airports can utilise the least-attractive real estate in their terminals, such as under ceilings or in basements, for these dynamic EBSs.

This is particularly important for hub airports looking to achieve faster transfers. The breakdown of baggage – into transfer, first class, rushed baggage and so on – typically done manually on the floor in a conveyor system, is carried out automatically by the ICS solution itself.

Using the BHS for inbound sortation

The idea that the BHS can be used for inbound sortation also is not new. In fact, airports such as Denver, Cincinnati and Atlanta airports have all tried to use their conveyor systems for inbound baggage. These attempts, however, were not successful, primarily because of their inability to deliver 100 percent tracking from inbound belt conveyors.

But with ICS’ accurate tracking, automatic handling of inbound sortation is increasingly becoming a reality. After all, totes need to make their way back from the makeup area to the loading area from checkin; they may as well be used for inbound baggage on their return.

Airports can introduce automated sortation into their inbound streams, in which situations and destinations are prioritised, such as when passengers at check-in indicate baggage delivery preferences. 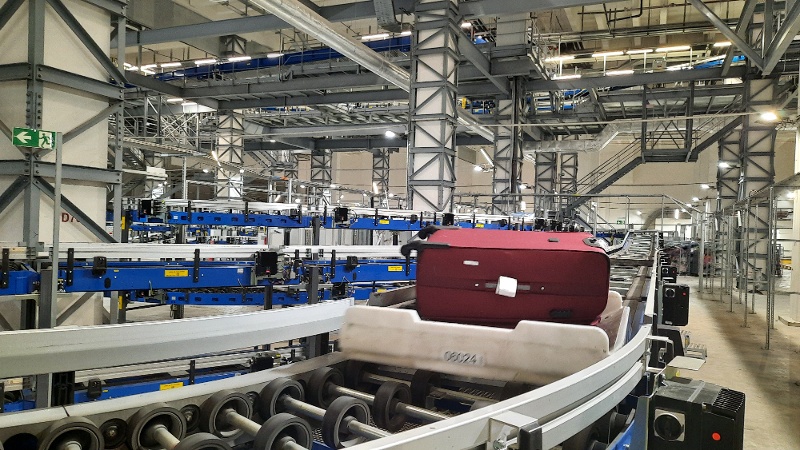 How to design for ICS

ICS can be accommodated in similar spaces as existing traditional systems. However, the system design needs to be planned at the start of the programming phase or in initial planning. Converting a conventional BHS to ICS in a brownfield site to simultaneously save space is, as discussed above, more difficult.

It’s important therefore that airports looking to install an ICS system work with their consultants and system suppliers when master planning to allow architects and contractors to consider future-proofing technology. It’s always a good idea to involve designers who are familiar with how ICS solutions work.

The construction of San Francisco Airport’s Terminal 1 illustrates this point well. SFO engaged with its system provider, together with other design build partners, during the architectural programming phase. Early collaboration during the determination of the building footprint enabled the structure of the building to adjust to the baggage system as needed and with minimal impacts to the terminal’s existing operations.

Tote-based systems do not necessarily save an airport space in certain sections of the baggage handling process. At the same time, however, neither do they occupy a greater footprint in these areas than conventional conveyor systems. And certainly, more can be achieved using ICS in terms of performance capabilities while occupying a comparable area as belt systems. But substantial space savings can be made in the storage and inbound sections of the process so that the footprint of the overall system will be reduced. Involving system providers as early in the design phase as possible will help minimise the space in the long run.