Take baggage tag encoding to another level with video coding

Got a bunch of crumpled and unreadable tags passing through your baggage handling system that are slowing down your processing and causing bottlenecks? It’s a common irritant to airports, particularly those large hubs dealing with high numbers of transfer baggage.

Although significant progress has been made by the industry in reducing the number of mishandled bags, there’s still much work to be done on optimising subprocesses within baggage handling to further reduce the numbers. One of the most common causes of mishandled bags is unreadable bag tags. Video Coding System (VCS) technology, however, gives airports a fast and easily implemented solution. VCS can really improve an airport’s optimisation of its encoding process.

Approximately 2-3 percent of bag tags are unreadable. Reducing this number is pivotal for an airport to achieve real improvement in its BHS capacity and workflow.

Customary BHS systems resolve the issue by diverting bags with a 'no read' tag to a Manual Encoding Station (MES), where an operator manually enters the bag source message information before re-inducting the bag onto the BHS. But this process means that each manually-encoded bag touches the sorter twice, introducing delays and potential short-shipments as well as having a direct impact on overall sorter capacity. On top of that, the process typically requires two or three staff manning the MES in larger hub airports. 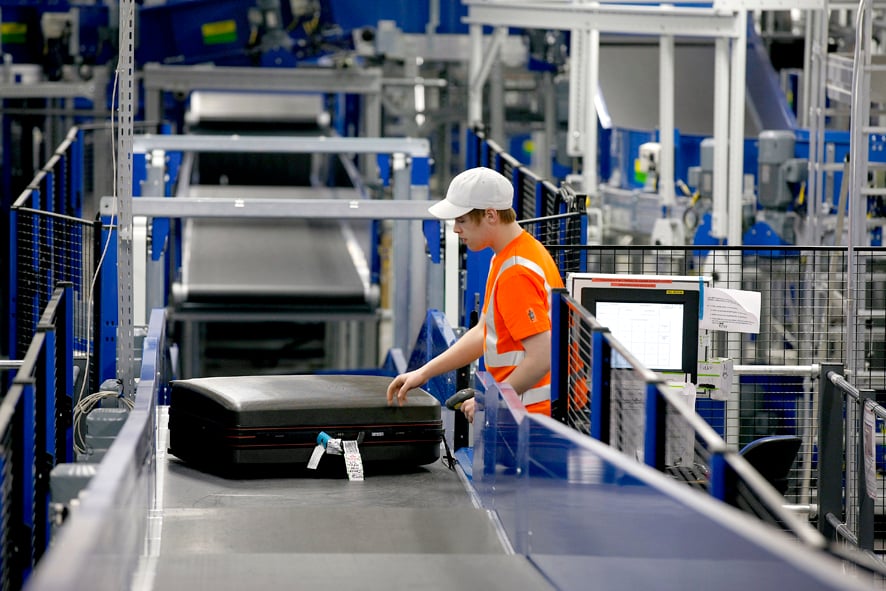 This is not good for business. But by adding VCS technology to the BHS, it’s possible that airports can mitigate or even resolve many of these issues.

What is VCS and how does it work?

VCS is gaining acceptance as a technology for dealing with unreadable baggage tags today.

The technology involves the installation of cameras in the baggage handling system, which are controlled remotely by software, such as BEUMER Group’s Airport Software Suite. The software is installed as a web-based application at the MES and allows operators to simply touch a screen to zoom-in to view the 'no read' tags from a remote position. 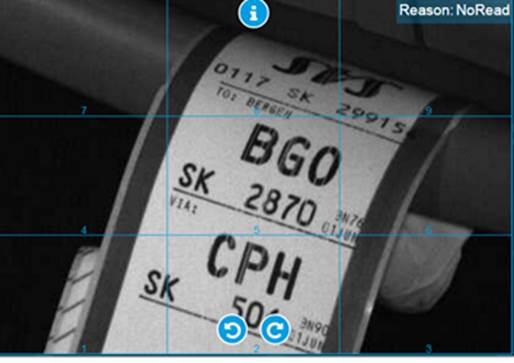 For those airports that have already installed cameras, the implementation of VCS is uncomplicated. And even if cameras need to be added to the BHS, the reduction in 'no reads' will justify the investment.

It’s worth noting that VCS can be integrated seamlessly with Optical Character Recognition (OCR) systems, both at the initial installation of the system or at a later stage. OCR adds another dimension to the encoding process by further increasing the speed of processing unreadable tags. OCR technology is similar to VCS in that images are also captured of the unreadable tags. But it’s the system that analyses the contents of the tag, through letter and word recognition, and not the operator.

The upside of VCS

The business case for introducing remote encoding with VCS into an airport’s BHS is very solid, given its many upsides.

A distinct advantage of VCS technology is that it eliminates the need for bags to be diverted to a manual encoding station and keeps them in motion within the BHS throughout the encoding process. The flow-on effect of this is that VCS removes the need for operators to physically turn or lift bags, so can improve the overall work environment. VCS also minimises the bottlenecks that can occur during peaks.

Another positive aspect of VCS is that it can serve as a fallback response should there be a failure in the departure controls system. This type of system malfunction can mean the system will not receive the baggage source messages. But additional staff can be deployed to VCS to encode the tags remotely to keep the bags moving and prevent bottlenecks or short-shipped baggage.

The web-based VCS controls also introduce more flexibility by allowing control-room staff to supplement or relieve MES staff during very high coding peaks through remote encoding. And mobile apps allow operators to encode remotely, from any location. An encoder could, for instance, monitor the bags and provide coding for several airports while working from just one location.

The employment of VCS can cut the time it takes to process 'no read' bags. This is particularly important for hubs dealing with a lot of transfer baggage and experiencing a relatively high number of 'no reads' from crumpled tags. With short connection times, it’s essential that the processing time for each item of baggage is short as possible.

And, of course, VCS can be highly cost effective for airports. In one case study, the impact of implementing BEUMER Group’s VCS technology was dramatic; the 'no read' tag rate was reduced to 1.17 percent - around 50 percent of the previous rate. It’s estimated that the BEUMER Group VCS solution prevents up to 10 bags being short-shipped every day, allowing the airport to save around €100 for each short-shipment. A money-saving technology that also improves overall passenger satisfaction. 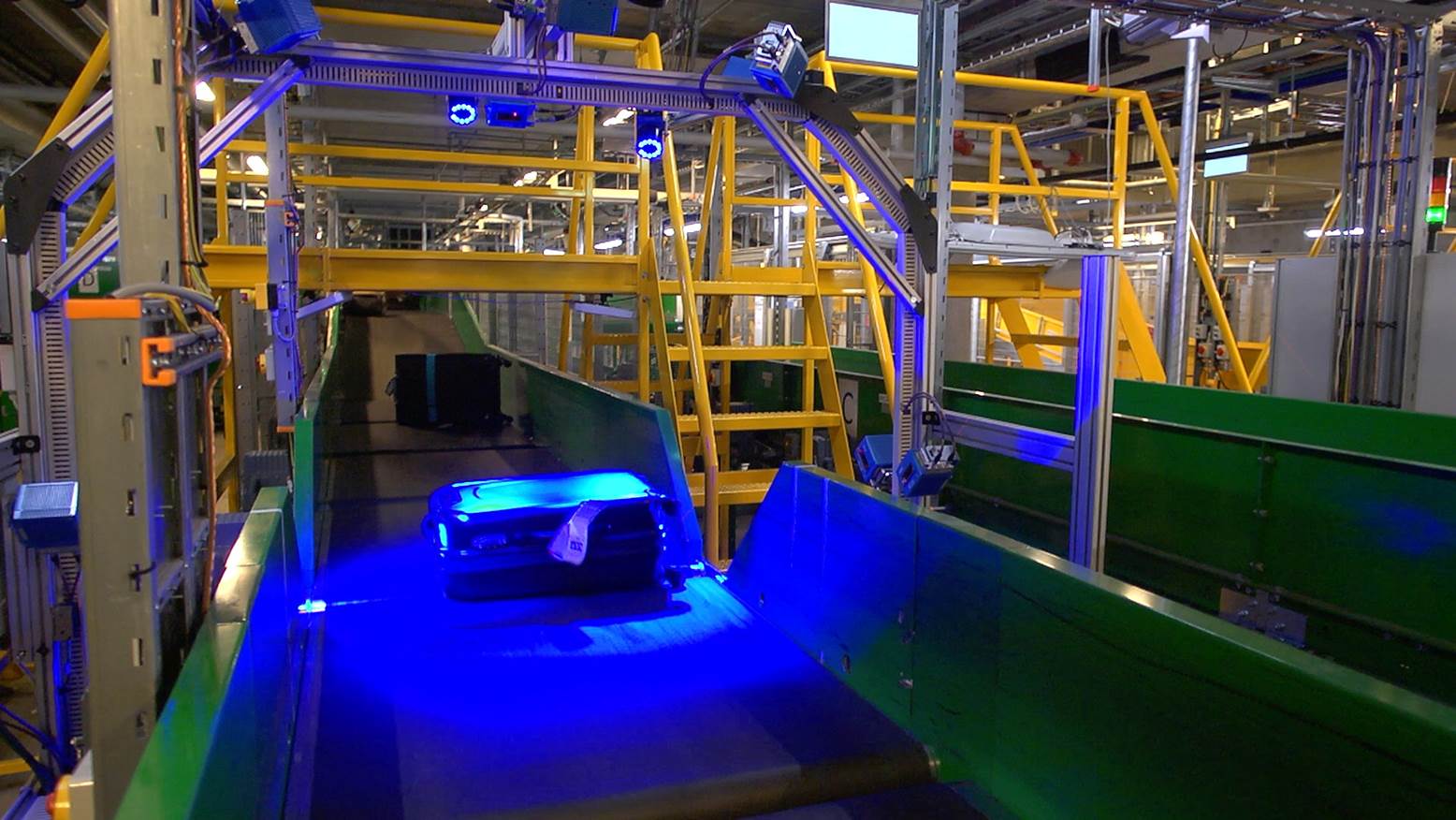 In conclusion, VCS technology enables an airport to increase productivity, manage resources more effectively, and increase passenger satisfaction through a reduction in the number of mishandled bags. It may involve an initial outlay, but it’s one that will prove worthwhile in the long run.

Don’t let a crisis go to waste: Why airports must learn from COVID-19 and prepare for future events now

What is the most cost-effective BHS and how do we calculate it?