Many airports rate their baggage handling systems (BHS) as matters of top priority. Yet, it is not uncommon to see some airports sacrifice their BHS functionality in order to save costs – and the chances of this occurring are now likely to increase as airports struggle to make their operations fit the ‘new normal’.

Despite the financial crunch airports experienced as a result of COVID-19, the BHS continues to be critical infrastructure to the airport. So while it’s tempting, it’s inadvisable for airports to make their BHS the primary focus of reductions in their overall infrastructure design elements.

What makes the BHS critical infrastructure?

It’s not hard to see why airports regard their BHS less as an added value and more as a cost. Baggage handling involves sorting, screening, storing and handling it again. It’s hardly a nice added passenger service, such as a new lounge or restaurant. Rather, it's a big beast and it costs money to keep running, which is why efficiency and sustainable OPEX are so important in baggage handling.

BHS as essential and technical complexes

At the same time, however, airport IT and baggage handling are the most essential and technical complexes within the airport. These systems come with the risk of totally disturbing airport operations. Baggage that doesn't arrive or hasn't been cleared will interrupt the entire airport, impacting not only on the passenger experience but the airlines – the biggest stakeholders – who are in the business of flying passengers and not waiting on the ground for baggage.

While the BHS is essential, it is also highly complex. It must comply with numerous regulatory and security requirements, all while matching flight schedules. Just look at the process for checking a bag: the system matches the bag against IATA (or equivalent) requirements, logging its weight and dimensions – and that’s before the bag even enters the system. On top of that, the system must deal with late bags, early bags and bags that have no identifiable data. And not forgetting that no two bags are alike.

The ability of the BHS to connect all stakeholders

Considering all of this, we can see why the BHS is so critical to airport operations. It has the ability to connect everything – airports, airlines, transfer baggage – and also has an impact on many other services in the airport. 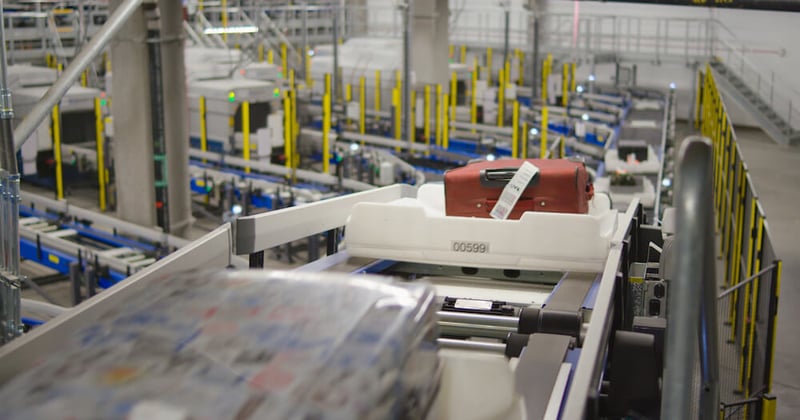 Without a working BHS, airports are very suddenly in trouble. In larger airports, even a 10-minute downtime in the BHS can cause 6,000 unsolved bags. That becomes 6,000 problems that must be resolved by an individual manual operation or a system needing to ‘tell’ the bags what to do.

That’s why it’s important for airports to invest in their BHS and make them more effective. One way of achieving this is investing in the tote system.

Modern system design requires fewer screening machines and routes due to a new, simpler and more optimised BHS design. The combination of system design and handling rate means that fewer bags are sent for manual inspection. It also means that a smaller number of very costly machines are required. This not only helps the airport to keep the investment level at a reasonable level but also results in less maintenance and use of spare parts.

The tote system: baggage handling for the next generation

The tote-based BHS is a type of modern individual carrier system (ICS) that is starting to play a crucial role in meeting the demands of airports – in terms of security, efficiency and reduced OPEX.

The hallmark of the tote system is its uniform carriers that convey baggage. Each bag is loaded individually into a tote (often referred to as a tray) and stays within the tote, from check in to the final destination.

ICS technology such as the tote system is fundamental for airports because its individual carriers can ensure complete track and trace and unobstructed security screening required by aviation standards. It is faster than conventional belt systems, able to cope with swift transfer connection times, is energy efficient and results in fewer system jams. 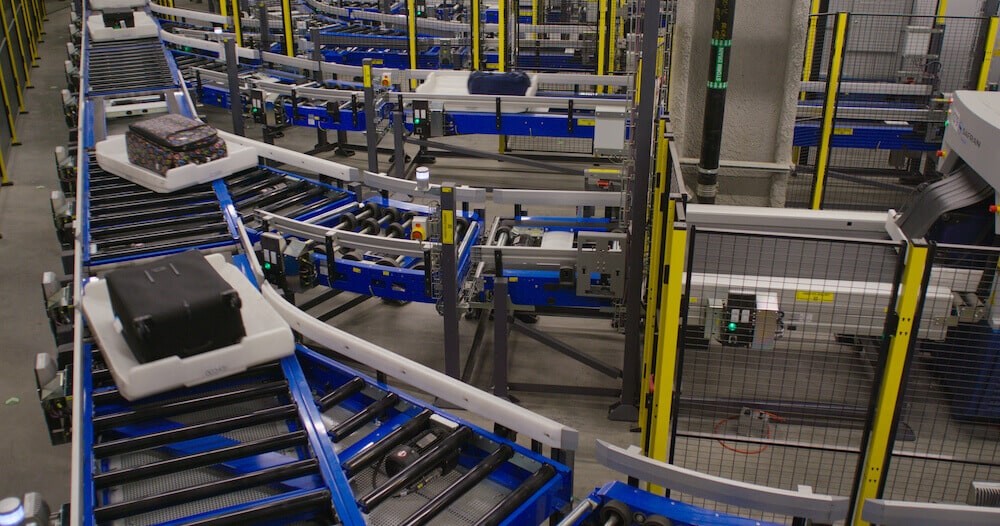 The modular design of ICS is also important for airports, as it gives them the ability to modify their systems to cater to new changes that international regulations and standards, or COVID-19, may demand.

The benefits of an advanced BHS to the airport

The advanced BHS such as the tote system have many strategic advantages that can benefit the entire airport by improving airport operations, airline efficiency and enhancing passenger experience. Here’s some of the benefits: The BHS can facilitate commitments to sustainability

The baggage handling systems of airports are also critical to the global airport community’s continued commitment to the UN’s Sustainable Development Goals (SDG) and their sustainability efforts. In particular, airports remain dedicated to deploying renewable energy and implementing cost-effective energy-saving opportunities in their operations.

Infrastructure such as tote systems can help airports meet their SDG goals, by delivering energy savings of up to 60% compared to conventional belt technology. It was for this reason that San Francisco Airport decided to install a tote system in its baggage handling operation – it could reduce its energy consumption while keeping operational costs low.

Furthermore, as quality, reliable, sustainable and resilient infrastructure, tote systems also contribute to the aims of airports to meet SDG 9 in building operational resilience and efficiency.

Finally, when airports are looking at their capital investments, it’s important they consider the TCO of their BHS and when they want their investment to break even. When looked at as a whole – taking into account the expense of O&M and investment costs – the tote system has a lower TCO, making it better value in the long run.

If we compare a tote system to a conventional conveyor system, the TCO speaks for itself: the return of investment is realised after 4.5 years, after which the estimated savings an airport can make is $3.5 million per year. Over a 20-year period, that’s a saving of $70 million.

Considering the low TCO and the numerous contributions the BHS can make to efficient airport operations and their stakeholders, there’s no reason why airports shouldn’t invest in this critical infrastructure.

The BHS is fundamental infrastructure to airports and as such, is not an area where airports can afford to reduce their investments. Even if they have infrastructure to meet current capacity, airports need to continue to invest in this critical infrastructure in preparation for the future. And the longer airports delay investing in this area, the more difficult and expensive it becomes. But even though the BHS is critical infrastructure, airports do not need to have two systems to be on the safe side. Rather, it’s about finding the right system – one that is flexible and intelligent enough to cover all possible future scenarios, is fit for purpose and includes a plan for optimising operational costs

How to operate your airport with limited BHS staff

Digital twins in airports: How a 3D visualisation can improve baggage handling operations

Change how you do baggage handling with digitalisation