Since then, T2 has undergone extensions to cope with increased capacity and new requirements coming from various stakeholders. We look at how ICS has enabled Munich Airport to expand its capacity and adjust its operations to fit its strategy.

Why Munich chose to invest in ICS

But before getting there, what was behind Munich’s decision to implement an ICS over the conventional conveyor BHS at its Terminal 2? 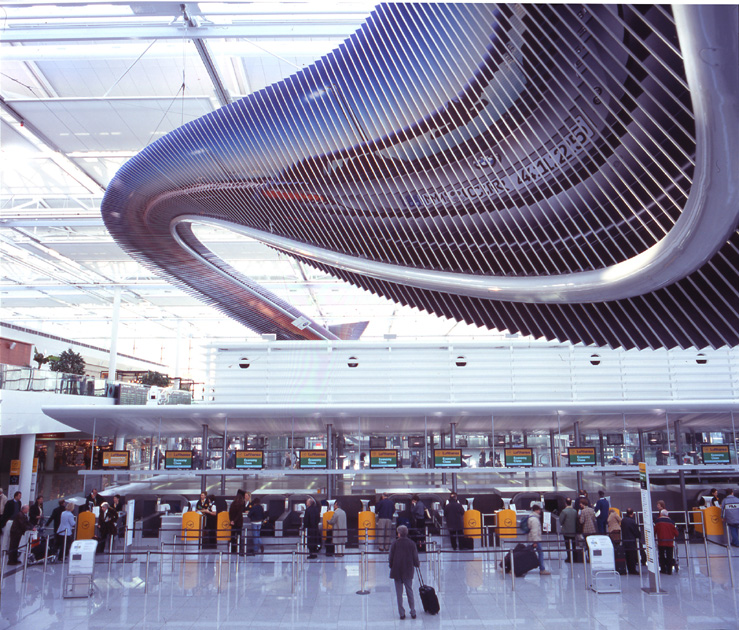 Munich Airport is the second largest airport in Germany and the seventh largest in Europe. Approximately 40 percent of its volume is transfer traffic, 70 percent of which is international transfers. Therefore, connection time and baggage transport speed, along with 100 percent safety and tracking and related bag data were most important. It was these factors and some other core requirements that drove its decision to implement a new form of BHS: 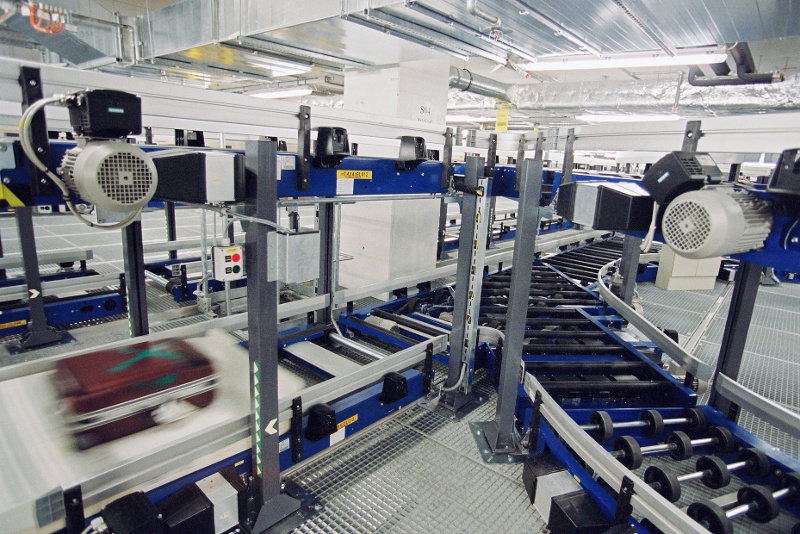 Last but not least, the airport needed flexibility from a new BHS solution to support future growth. In addition, screening regulations, airline business structures and traffic volumes were often changing – and on very short notice. So Munich Airport was looking for a flexible BHS that could cater for future needs, even if those future needs were not yet known.

Adopting a ‘design and build’ approach

In the hope of achieving this desired flexibility, Munich decided on a ‘design and build’ approach. Rather than designing for a neutral layout, which often ends as a compromise with equally neutral products forming an average baggage handling system, Munich decided to involve its system designer upfront, setting just the framework and stipulations it demanded of the BHS.

In adopting a ‘design and build’ approach, Munich was able to leverage the research and technical know-how of the system provider who knew best how to design the system to get the most benefits out of technology for the airport. It could also implement Building Interface Management in the construction phase and significantly reduce execution time.

We can see the practical benefits of this new process in Munich Airport’s need for additional Early Baggage Storage (EBS), for example. Twenty years ago, the system provider advised the airport that implementing decentralised EBS units would work better for Munich’s particular layout and needs over putting one large central EBS in place and that this design configuration would enable Munich to extend its EBS over time.

Munich Airport continues to follow this design concept today and in 2015, it extended its EBS that connects to and is integrated with the rest of the original system.

In opting for a modular, tote-based system ICS in 2003, the capacity and achievements of the BHS at Munich’s T2 can be summarised in this way:

The durability of the ICS at Munich

One of the notable features of Munich’s adoption of ICS technology has been its proven durability. This can be viewed from both a spare parts and maintenance perspective and an expansion perspective.

The clever layout concept, together with the modular design, has been able to continuously support the growth of Munich Airport.

When the ICS was first implemented in 2003, for example, Munich Airport was dealing with a traffic volume of 25 million passengers per year; by 2015, this had increased to a yearly volume of 41 million passengers. It was clear the airport needed to extend both its sorting capacity and the number of bag storing positions.

In 2015, it was possible to put in place the extensions needed because the original system consisted of units. It simply meant removing some units and replacing them with others – enabling the creation of diversions or merges instead of only straight elements in the baggage routing. It was also possible to add capacity to the EBS in a side wing, which was fully integratable with the entire BHS.

The modularity of ICS distinguishes it from conventional systems that consist of just one piece of a metres-long conveyor and which requires cutting into if system modifications are required to increase capacity.

Each carrier vehicle within the ICS consists of two small belts, sitting on either side of the conveyor, and these have been in operation for some 20 years at Munich’s T2. And while they may no longer be the shiniest, some of the totes are still in operation. This durability is on account of the ICS’ very robust design and the quality of maintenance work. But at the same time, there has been no wear and tear per se.

Unlike a conventional conveyor system, ICS has no gearbox and fewer motor types. Compared to a conventional system, which can often have up to 50 different types of motors, the 40 kilometre stretch of ICS only has around ten! This, of course, impacts on the labour needed to maintain the system. 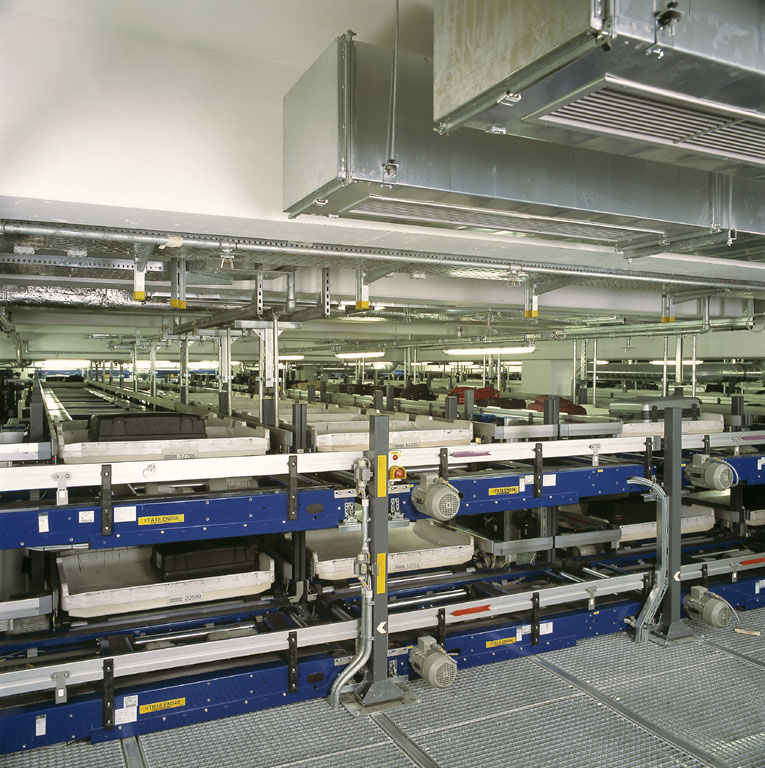 The modular design of an ICS (as seen above), also provides more access points and greater convenience for maintenance teams, who no longer require building ladders or walk-overs to go over the top of the system for their maintenance work. They are able instead to access the system between the gaps in the units, further reducing the time needed on maintenance requirements.

When looking at the ability to cope with overall capacity growth that Munich has seen in the 20 years since implementing the ICS, it’s easy to conclude that its investment has proven very cost-effective. Its performance in speed, a 30-minute connection time, easy expansion and convenient maintenance with less staff all make it a commercially-sound capital expenditure to this day.

And let’s not forget the savings made in the screening matrix with an in-tote screening capacity and lower energy consumption.

Munich Airport’s adoption of ICS at its Terminal 2 in 2003 has proven that in the long-run it pays to focus on innovative technology and solutions. The airport's implementation of ICS technology was two decades ago and the system remains fully functioning today as a proven technology that has shown minimal impacts of wear and tear even after 20 years of operation. The system’s modular elements and flexibility have enabled the airport to expand its baggage handling operations effortlessly to cope with changes and growth and still leaves Munich Airport in a position to be able to extend its operations even further to meet future increased capacity. 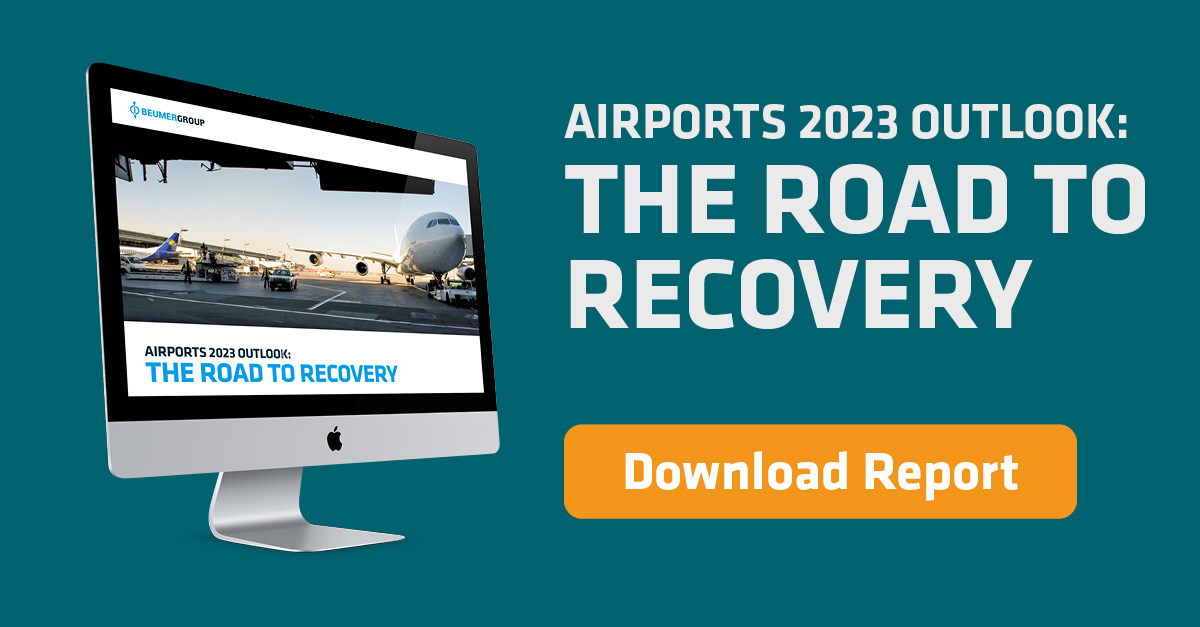 How did the baggage handling system develop and which systems are used in airports today?

New report: The airport’s road to recovery goes through digitalisation